Your Voice Matters (Your REAL Voice)

Your voice matters — but are you really using it? 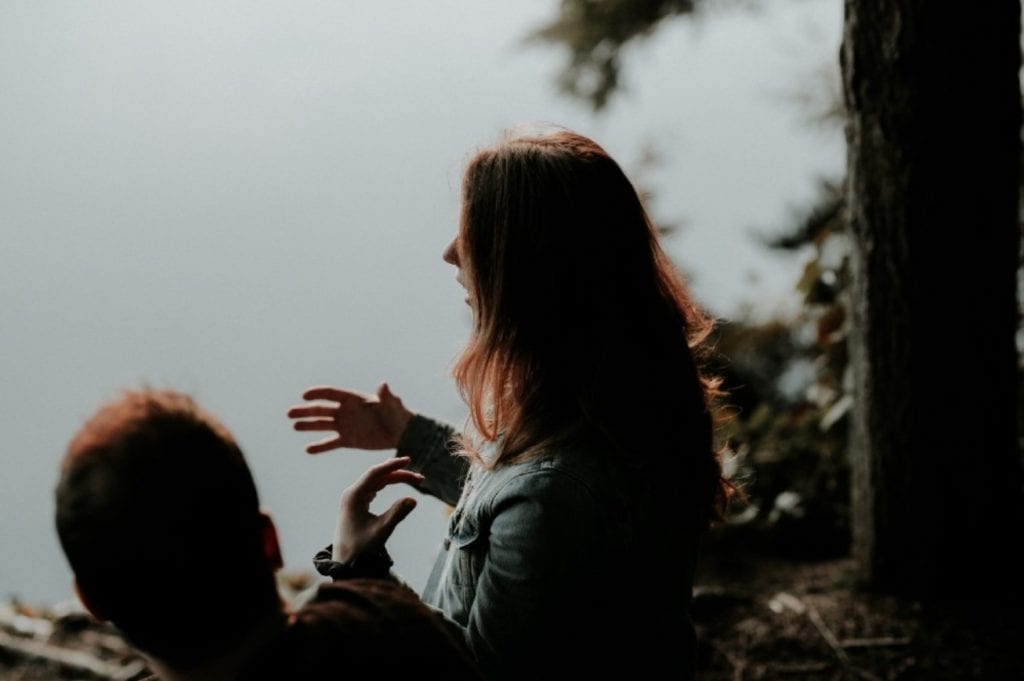 A few weeks ago, a client of mine came to our weekly call unsure of what she needed from our session. I ask her a few questions, and her request bubbled to the surface: “How can I fully own my power?”

“Well that depends,” I responded. “What’s in the way of you fully owning it right now?”

She immediately got nervous. “I just don’t know how to be powerful,” she said, her voice softening. This was funny to me, because knowing she was a skilled elementary teacher, I could have readily prepared a list of a hundred ways in which she was powerful. She was raising a generation, for crying out loud.

I wanted to take a leap, and I asked her if it was okay. She agreed. “When was the last time you felt safe to be fully yourself?” I asked, “and what’s dangerous about being fully yourself?”

She then recalled an event from childhood in which she, being fully expressed, was perceived to be not only of inconvenience, but of harm. Regardless of what actually happened all those years ago, this was how she remembered it — as causing harm — and the shame of it had been buried for years.

“So instead of being yourself — which you decided creates trouble,” I started, “it sounds like you only give people what you think they can handle, or that you’re always calculating what level of expression is okay.” She nodded.

And so, a survival mechanism surfaced — control. She controlled herself, all of herself. Even the powerful and joyful parts, so that she could control how others saw her. Ultimately, the goal was to maintain harmony. And apparently, being herself really disrupted the harmony. It was as though she felt like Rogue from X-Men, and she kept her hands gloved.

She wasn’t the first client to have this pattern; many of my clients did. Heck, I had that pattern, and that’s how I learned to identify it in others.

Harmony is a dream goal for people-pleasers, and particular personality types. Harmony is a dream goal not only so that love will be present and everyone will get along, but also to protect the people-pleaser; when we keep the peace, no one can be upset with us. And so, we sacrifice being ourselves — and especially our most powerful selves — for fear of disrupting the peace, and the image others have of us. (We really just want to love and be loved, after all.)

I then asked my client all of the ways this strategy plays out; what mechanisms she’s created, what behaviours she uses to compensate for it, and the like. We listed off a meaty catalogue of strategies and compensations that she used as a result of being a people-pleaser who hides out. And then I realized something.

Immediately there was silence. I could have heard a pin drop for a solid ten seconds. I waited, wondering what she would say. After a long pause, she said two words.

“What are you seeing?” I inquired.

“Everywhere… It’s everywhere,” she reeled, and she began to list all of the places in her life her second voice was taking over. “I totally DO use a second voice! And it’s EVERYWHERE!” she gasped in a sort of aftershock, her life flashing before her eyes. “I use this sweet, nicey-nice voice to make sure people are happy with me!”

And she truly did. I had heard her real voice before, but most often she used a voice that sounded like she was talking to fairies and babies.

After letting her absorb and reflect, I wanted to dig deeper. “So, what’s that like for your boyfriend? For your students? For your fellow teachers?” I prodded. “And ultimately, what’s your experience of yourself?”

In all of this, I was eternally grateful for her openness and willingness. There wasn’t an ounce of defensiveness in the conversation, which is one of this client’s gifts. She tries on the coaching genuinely to see if it fits, even if it could make her feel silly. And that’s when coaching is the most effective.

Now, let’s clear something up: there’s nothing wrong with high-pitched or sweet voices. The voice in and of itself was not the problem — it was that it was used as a mask, because she felt inadequate being herself, and that using her real voice was linked to creating some sort of disharmony. It was not a natural expression, it was armour.

The following week, she called for our next coaching session. When I answered, I couldn’t recognize the voice on the other end of the phone.

“Jane?! Is that you?” I asked in disbelief. Her voice had dropped two octaves, and she spoke with unbelievable clarity. She sounded like herself.

“Noticing my second voice is changing the way I show up, Leighann,” she shared. “We had a Remembrance Day assembly at school this week, and I was tasked with leading it. Normally, I’d be nervous, stumbling on my words. But it felt so natural, and I spoke with confidence. I had so much confidence, in fact, that I gave the most beautiful speech I’ve ever given. Other teachers even came up to me after the assembly and told me it was the most beautiful assembly they’d ever seen in all their years at the school.” I could feel the peace in her bones from the other end of the phone.

And thus, she continued her journey of giving up lovability based on her people-pleasing tendencies, including her second voice. She immediately began sharing with the people in her life about what she discovered, and inspired other people-pleasers around her.

She began looking at authentic ways to create harmony, without sacrificing her natural expression.

As she continues to shed her survival mechanisms, she practices fully owning her power.

Leighann Amanda
Your partner in evolving humanity and relationships. Always exploring the fullest expression of the human spirit.
Previous Post
The Most Powerful Way To Apologize
Next Post
The Pros and Cons of Being a Chameleon
Menu